A California dad has been sentenced to 78 years in prison for stabbing his three sons to death.

Luiz Fuentes, 38, who entered his plea in a downtown courtroom on Tuesday, October 20, was immediately sentenced to 78 years to life in prison by Los Angeles Superior Court Judge Lisa B. Lench.

As part of the plea, Fuentes admitted to using a knife to kill his sons, Luis, 10, Juan, 9, and Alexander, 8, according to the L.A. County district attorney’s office. 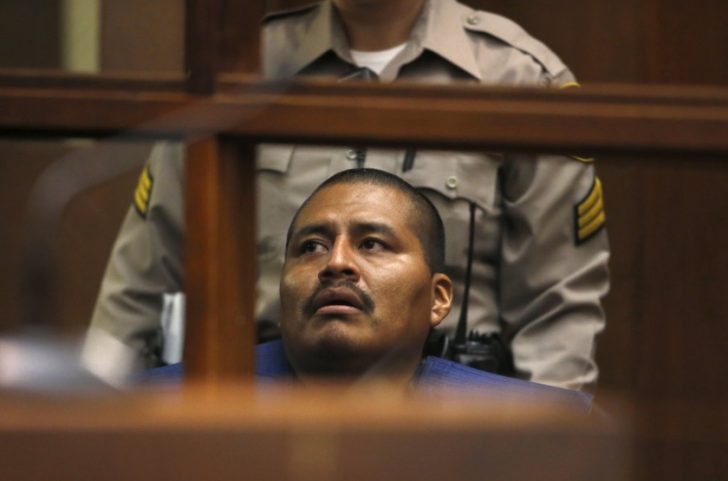 On September. 9, 2015, the three children were found dead in the father’s SUV, which was parked outside a South L.A. furniture warehouse, with Mr.Fuentes discovered with self-inflicted stab wounds in the front seat, KTLA reported.

The report said Fuentes was unemployed and had been living in the SUV with his sons before the tragedy.

Fuentes had become depressed after their mother died of a brain aneurysm in 2008, according to The Los Angeles Times,

The publication reported that the Los Angeles County Department of Children and Family Services received anonymous calls that accused Fuentes of abusing the boys.

The officials were only able to verify one accusation, a 2010 incident in which Fuentes beat his then-5-year-old son with a belt before they were placed on supervision for a year.

Jail records show that Fuentes is currently held at the Twin Towers Correctional Facility, awaiting transfer to a state prison.